Gä̀gala- ƛiƛetko (Nadia Joe) has spent the past 10 years bringing communities together to explore and pursue shared goals through her work in water co-management and watershed co-governance. She brings several years of experience building new partnerships and strengthening existing relationships between Indigenous and Crown governments across Canada. She was raised by a river and loved into leadership by the many elders, leaders, mentors of the nłe?kepmx and southern Tutchone-Tlingit peoples. Her mother is nłe?kepmx and sylix and her father is southern-Tutchone & Tlingit. She belongs to the Crow Clan (Kä̀jet) of the Champagne and Aishihik First Nations. She recently joined UBC as the Senior Co-Manager for the Climate Emergency team to help advance UBC’s climate emergency response. 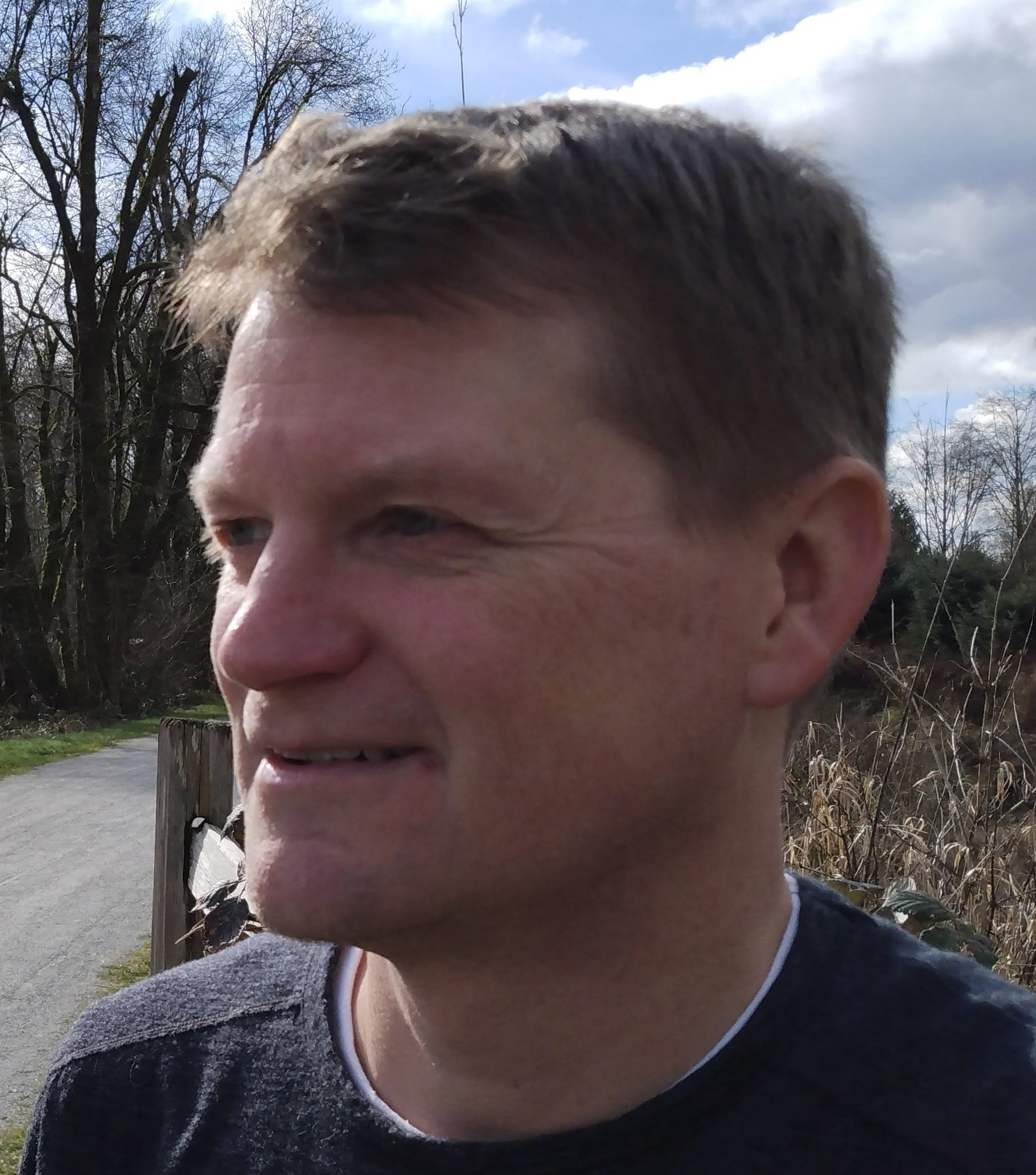 Erik brings 25 years experience as a computer systems engineer, project manager, and consultant focused on Quality Management and Agile team practices. He is currently engaged in his small tech startup serving mental health professionals. In 2017 he established the Tri-Cities Regional Association of the BC Green Party, and served as a candidate for Port Coquitlam in the 2020 election. Current climate initiatives include leading a Cycling Highway campaign with Force of Nature and HUB; and he is an active member of WE-CAN’s Local Government Team. He will be seeking election in 2022 to serve on City Council for Port Coquitlam. After studying climate change and advocating for action for twenty years, it was waking up in a hazy pink Martian landscape during the 2017 BC wildfires, followed by the unparalleled heat wave of 2021, that prompted me to focus my time and skills on being part of the essential shift in direction needed from our species. Tackling climate change is not only the great challenge of our time, it is humanity’s first truly existential crisis.

I am an entrepreneur and business manager, having founded or managed businesses in fields including law, agriculture, artist management and song administration. I currently work as a death coach, a modality combining grief counselling, life coaching and mediation (www.deathcoach.ca). I have sat on numerous boards and founded several community organizations, including Nanaimo’s biggest farmers market and the Mid Island Climbing Association. I have published two books, including a national bestseller, and I am currently drafting my first novel. In my spare time, I climb a lot of rocks and enjoy the simple pleasures of life with loved ones. 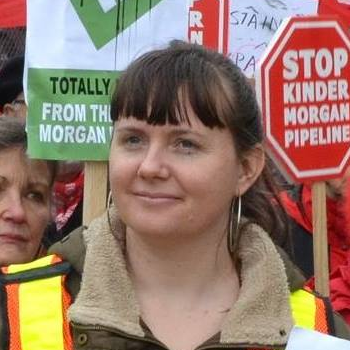 Originally from the U.S., I have lived in Vancouver for a majority of the last 15 years after graduating from the University of British Columbia. Since high school I have been an environmental, antiwar, and social justice activist dedicated to the fight for a better, sustainable, and just world.

For the past five years, I have been a central organizer with the grassroots climate justice coalition, Climate Convergence Metro Vancouver. With Climate Convergence I have been part of building the growing movement in Metro Vancouver against the disastrous environmental policies of the government of Canada, including the Site C Dam, the Trans Mountain Pipeline Expansion, and the Coastal GasLink Pipeline.

I am also a journalist, author, and researcher with a focus on environmental, Latin American and immigration issues. Most recently, my articles have been published internationally by Venezuelanalysis, Global Research, Council on Hemispheric Affairs (COHA), Common Dreams, Orinoco Tribune, Monthly Review and Counterpunch. 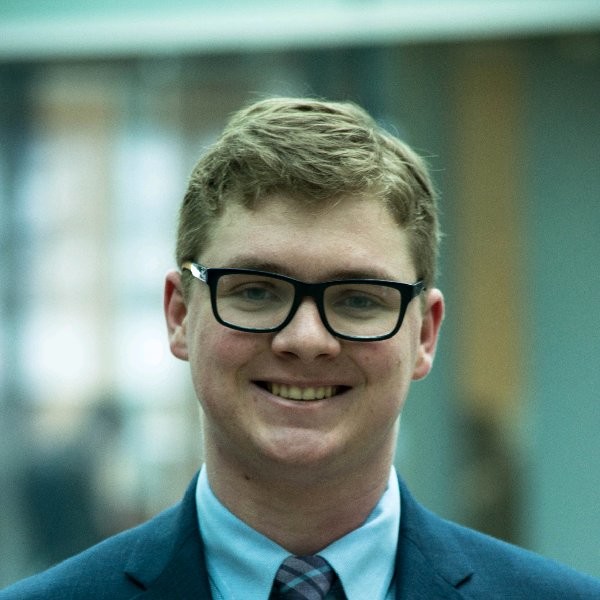 I am a student at UBCO studying Philosophy, Politics, Economics. I come from Texas and came to BC with a burning passion for our species to treat our planet better. I have extensive political experience, including working for an elected representative, running in and assisting others in successful campaigns, researching, developing, and implementing policy, and lobbying elected officials. I am also a passionate writer and public speaker and believe effective policy is what will help us overcome the climate emergency. Currently, I am assisting an Okanagan political operative with developing a cross-partisan climate scorecard for municipal and provincial candidates and am beginning work with Impact Arts to work on everything from impact assessment development to communications. In my spare time, I enjoy going on hikes, reading, and interacting with as many dogs as possible. I am also an ardent mental health advocate and a sports fan in my free time.

Growing up in Texas, while I learned about the existential crisis that is climate change, I watched policymakers at all levels give special privileges to the fossil fuel industry and completely disregard science and the environment. I’ve translated my frustration into an intense drive to pass effective climate policy across the board. Specifically, I believe we need to reform the policy and practices of four areas to overcome the worst effects of climate change: manufacturing, transportation, building codes, and energy generation. Combined, these sectors cause over 80% of emissions and can be effectively reformed with specific, fundamental policy changes. From my time as a mental health advocate, I have learned the value of inclusion and come to appreciate that everybody has a story which can help us understand them as a human being.

Erin Blondeau is a Métis mom, currently living and working on the traditional territory of the Quw’utsun’ peoples. Her paternal family comes from Saskatchewan, the Red River, and the Qu’Appelle Valley, and her maternal family is British and Prussian. Hailing from a Métis paternal line of activists and resistors, she always knew that she wanted to dedicate her life to fighting systemic inequities. Erin has nearly a decade of communications experience, having worked in anti-racism, entrepreneurship, and climate justice. She holds a bachelor’s degree in anthropology with interest in climate communication. She now works as a writer and the Communications Director at the Climate Emergency Unit. 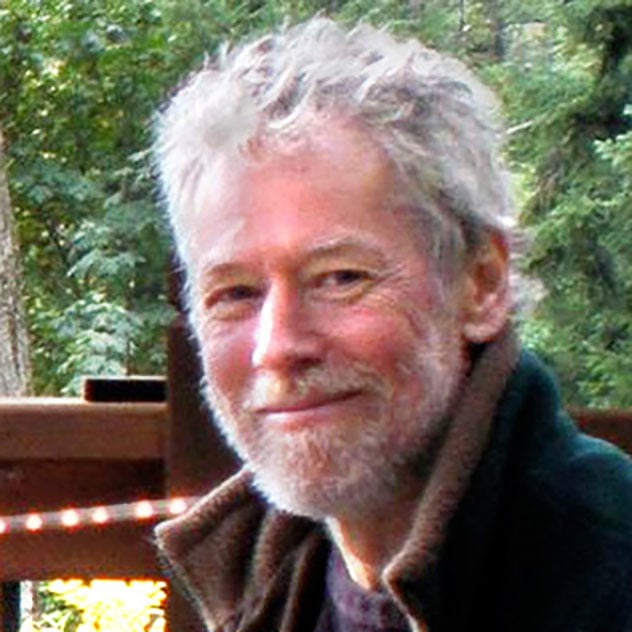 I am a self-employed organizer and author who works to develop a positive vision of a sustainable future, and to translate that vision into action. I am founder of the BC Sustainable Energy Association, co-founder of the Victoria Car-Share Cooperative, President of the Yellow Point Ecological Society, and co-founder and Interim Coordinator of the West Coast Climate Action Network. I am the author or co-author of ten books, including The Climate Challenge: 101 Solutions to Global Warming and Journey to the Future: A Better World is Possible. I am currently completing my 11th book, The Economics of Kindness: A Ten-Year Transition to a Green Cooperative Economy.

I believe that the 2020s are the most critical decade in the history of our civilization. I am a climate alarmist, but not a doomer:  I share the view of Paul Hawken that if we put our minds to it, we can end the climate crisis within one generation. If we all work together, we can exert an incredible influence. 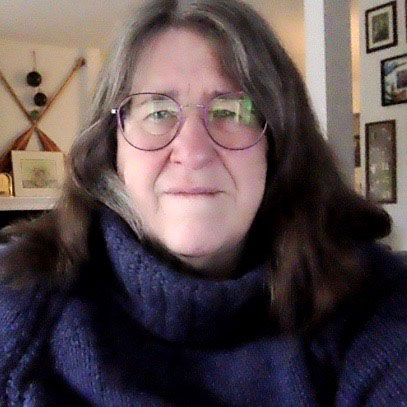 I am a retired educator, a mother and grandmother, a systems thinker, a passionate climate hawk, an experienced coach and facilitator, comfortable with technology, with strong writing and editing skills, a committed and collaborative team member.

As a mother and grandmother, I am determined to help drive the actions needed to ensure a livable planet for future generations – not only for humans, but for all lifeforms and the interconnected ecosystems we are dependent upon. 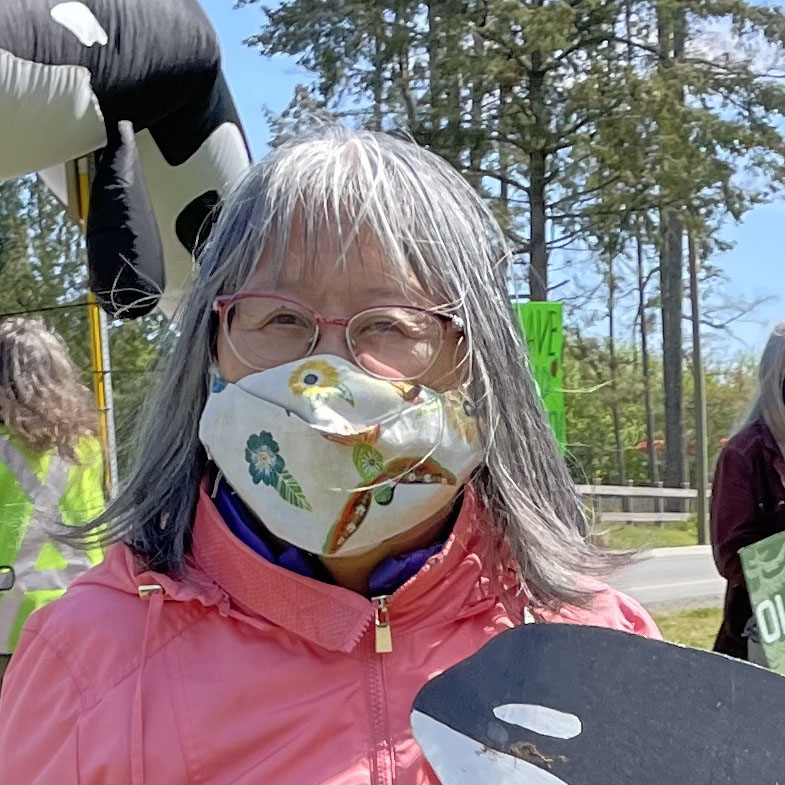 My background: My family ran the Chinese restaurant in Brooks, Alta.  As the only Asian child in town, I often wished I was white.  My Mom referred to me as “bamboo”: yellow on the outside, hollow inside. Our Canadian roots date back to 1880, when my uncle arrived as an indentured railway worker. He died working in the coal mines in Cumberland.

My father, after paying a head tax of $500, arrived in 1911. My Mom in 1950 after the Chinese Exclusion Act was lifted.  We spent summers searching the Chinese cemeteries for my uncle’s grave, to no avail.   Many graves were marked as “Chinaman” or “unknown”.  After graduation (U of A), I taught school in Papua New Guinea.  I worked for CUSO for 18 years: Regional Coordinator in Alta; Development Educator, Board Services Officer, and Policy Analyst in Ottawa and for Amnesty International Canada for 19 years. Before retiring, I was the National Activism Coordinator for Amnesty Canada.

My skills include advocacy at federal, provincial, and municipal levels; facilitation and adult education, including workshops on sustainability in Thailand, Zimbabwe, and Botswana; and a recent 5-session Lifelong Learning Course for Seniors on Green Energy. I’ve helped boards function better (diversity training for Amnesty’s international board of directors; conflict resolution with the Ten Days Board in Alberta). I have a Master’s Degree in Management for Non-Profit Organizations from McGill. 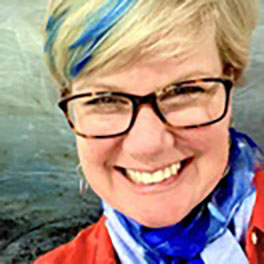 I am a renaissance woman with a broad spectrum of interests and experiences. Perhaps the best way to share who I am is to share my LinkedIn profile which I keep updated pretty regularly —

I have been an active environmental educator, citizen scientist, and activist for decades. I am a trained Climate Reality Leader and a member of the International Environmental Communication Association. I believe the combination of my business background, my artistic experiences and network of resources, my deep love and familiarity with the needs of children, and my ability to commit the time and energy needed to help shepherd the various initiatives we’re likely to take on makes me a strong candidate to help get things kicked off in the first few years. 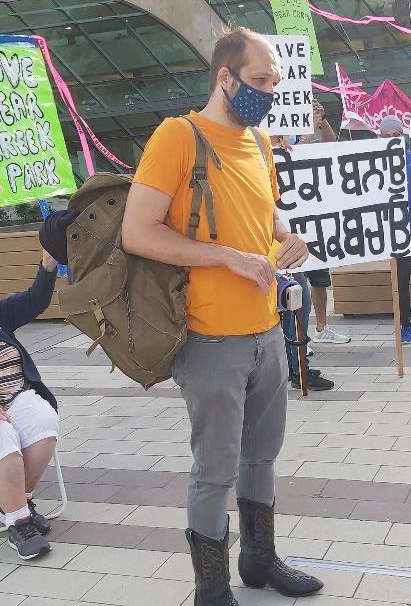 I started my journey into climate activism at a young age, having won an Earth Day flag design contest in elementary school followed by a run in the 2005 BC election my first year out of high school. Over the years I’ve been involved in anti-war, anti-poverty, and housing activism. I’ve been president of Force of Nature for the last year and a half, having put in work to successfully transition the organization from staffed to 100% volunteer run.

My academic background is in political science, having done my undergrad at SFU and my graduate work at UVic. I focused primarily on global political economy, political theory, and ethics. I came to my position on climate through critique of “ecological modernization.” I still remember sitting in the Academic Quadrangle at SFU dumbfounded that seemingly serious people thought corporations and technology could solve our carbon woes on their own.

I want to make sure that WE-CAN targets not only our provincial government, but also municipalities (which influence 44% of emissions). I also strongly believe in coalition and institution building. We need to have a structure like WE-CAN in place to make big moves as the climate emergency intensifies. 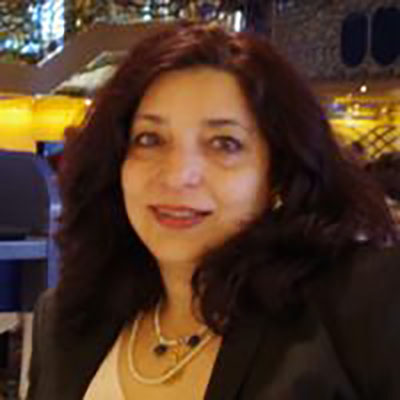 For the past twenty years I have been a strong advocate for climate and social justice and have been a core team member with the BC Poverty Reduction Coalition, Dogwood Initiative and Force Of Nature Alliance. I have worked on several campaigns like the BC Poverty Reduction Plan, which has been adopted into legislation; Climate Emergency Declaration in Municipalities; All On Board for accessible, affordable transit; and the referendum on electoral reform in BC. My recent involvement with Fair Vote Canada  has amplified the need for a citizen’s assembly and proportional representation  at the municipal level. I also did a two year stint with the BC Centre For Palliative Care as a South Asian advisor for their Advanced Care Plan. I am currently on the Environment Committee for Burnaby Council as a resident representative, and have been elected to the board of Fair Vote Canada. A cinema aficionado, I am on the board of the NewWest Film Society.

With the various crises the world faces, be it climate catastrophe, burgeoning inequalities and  the dire pandemic we are living through, we need urgent action and renewed  energetic trajectory changes. My canoe has left the bank on the river of reconciliation. I continue to grow and learn about indigenous rights. Along with my activism I have worked as a translator, teacher, mortgage consultant  which has always allowed me to bring different perspectives, skills and viewpoints to the table. I have good analytical skills and  am a team player fostering relationships through an alliance with environmental social  and racial justice.