The Climate Crisis: We’re all in the same canoe. We have to paddle together, by David Suzuki

Every human being in the world belongs to the same species, Homo sapiens.  Our sense organs detect different aspects of our surroundings and neurons deliver that information to our brains which process that input to “make sense” of it all.  But the brain is not a passive receiver and transmitter, it is actively involved in processing or “editing” the incoming messages and the outgoing response.

That is what has enabled human beings to escape the shackles of genetic programming and instinct.  The psychological filters through which information is processed are shaped by gender, ethnicity, religion, socio-economic status, individual experiences and the values and beliefs that result.  When two people witness the same event, what they actually perceive therefore can be radically different.  Ask a Protestant and Catholic about a car bombing during the “Troubles” in Northern Ireland, an Israeli Jew and a Palestinian about the West Bank, a man and a woman about love, sex and family, a street person and stock market speculator about welfare and corporations, and you hear radically different responses from witnesses to the same events.

We “see” the world through lenses of values and beliefs shaped by our personal circumstances.  And the way we regard the world affects the way we act towards it.  I visited a village on an Andes mountain in Peru with anthropologist Wade Davis who informed me the children there grow up being taught that the mountain that supports the village is an Apu or god and so long as that Apu casts its shadow on the village, it will determine the fate of its inhabitants.  “Imagine the way those people treat the mountain compared to kids who grow up in Trail, BC, who are told ‘those mountains are full of gold and silver’” he told me.

Today, the planet has been over run by a single species, Homo sapiens, but an animal exhibiting amazing diversity, not just in physical  appearance that is genetic, but in culture, language and religion that are not biologically innate.  For most of human history, we knew we were utterly dependent on the generosity of Nature for our fundamental needs – air, water, soil and food and sunlight – that were made available by the productivity of Nature.

Like a mother, Earth provided all of the essentials for human survival and well-being.  Every bit of our nutrition was once alive, animals and plants that were seen as our relatives, who in an act of generosity, give themselves to us.  From the grasslands of Africa, our distant ancestors moved into new territories where we were an invasive species and had to learn through observation, mistakes, successes and failures, how to live without compromising the factors that matter most.  This accumulated knowledge of place was the basis of Indigenous knowledge that has enabled people to flourish in their lands for millennia.  In ceremony in Indigenous communities around the world, prayers, songs and dances celebrate and give thanks for the generosity of Mother Earth and acknowledge the responsibility to act properly to ensure her continued abundance.

In the last few millennia of humankind’s existence, we began to think we were different, and special, enabled by our intelligence and technological inventiveness to escape the limitations of our biology and nature.

The Renaissance brought a new way of seeing ourselves in the world.  Francis Bacon said “Scientia potestas est” (knowledge is power).  Rene Descartes said “Cogito ergo sum” (I think, therefore I am).  Isaac Newton brought in a whole way of knowing by focussing on a part of nature, isolating and separating that piece, prod it and measure everything, on the assumption that the parts could be fitted back together to explain the whole – reductionism which has become the primary method of research.  It is a powerful but flawed way of knowing because “emergent properties” of the whole cannot be predicted from the individual properties of the parts.  But most science today is reductionist.

As Europeans found ways to navigate over long distances and return home, they began a period of “discovery” of new lands with vast “resources” occupied by people dismissed as “primitive savages” who were impediments to access to those riches by the invaders.  Guns and disease ravaged Indigenous people who nevertheless, have survived genocidal policies imposed by the newcomers.  And so Earth was occupied by people with a new way of seeing the world, resourcism, in which Earth was a limitless source of materials for human use.

And with the Industrial Revolution, science and technology empowered us beyond the capabilities of any other species.  Telescopes let us peer to the edge of the universe, microscopes enabled us to find a world of life in a drop of water, machines moved massive weights and worked tirelessly, vehicles travelled faster than any other organism and we found ways to puncture Earth’s crust, dive the deepest oceans and escape gravity to live in space.

We could escape Nature’s laws, so we created systems to guide and shape our behaviour – religions, laws, economies, politics – all based on our supremacy.  So we moved from the understanding that we are one small strand in a complex web of relationships with all other species of animals and plants and air, water, soil and sunlight into one in which we are atop all else endowed with intelligence that enables us to see “opportunity” limited only by our imagination.

So now in Glasgow at Cop-26, the diversity of perspectives shaped by gender, religion, ethnicity, politics, economics, nationality, language and culture through which negotiations take place, have doomed our ability to solve the real crisis.  Nothing illustrates this better than Stephen Harper, who as Canada’s Prime Minister for 91/2 years, refused to discuss climate change as a problem, dismissing action to reduce emissions as “crazy economics”, thereby elevating the human construct of the economy above the atmosphere that gives us air to breathe, weather, climate and the seasons.

The only way to resolve this crisis is to treat it as a fundamental challenge to all of us who belong to the same species which dictates our shared basic biological needs.  Regardless of religion, nationality, ethnicity or wealth, any human being will die if deprived of air for three or four minutes.  Forced to breathe polluted air, we sicken.  Clean air is created by Nature, a sacred gift that we have a responsibility to protect not just for ourselves but all the other living organisms.  What human being can deny that fact? 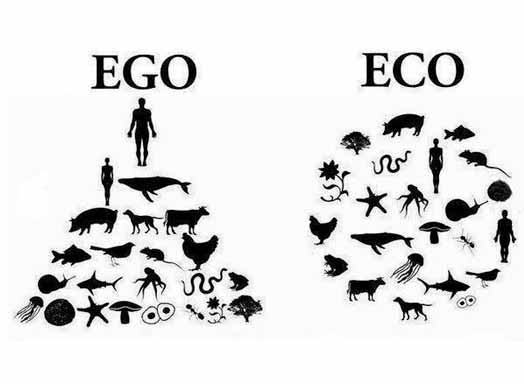 We are each 60 to 70% water by weight, and as part of the hydrologic cycle, we must imbibe water to inflate our cells, then release it in our secretions and excretions.  Without water for four to six days, we perish, while polluted water sickens us.  Clean water like clean air, is a gift from Nature that we have a sacred responsibility to protect.

All of our nutrition was once alive and most grew in the soil.  We can survive four to six weeks without food, but then, starvation will kill us, while food contaminated with chemical additives and toxins disrupt our behaviour and well-being.  Clean soil and food are a creation of the web of life, another sacred gift and responsibility to protect and nurture.

Every bit of the energy that we need to grow, work and reproduce and every bit released by burning fuel – coal, oil, gas, wood, peat, dung – is sunlight captured by photosynthesis and stored in energetic molecules.  As an added gift from photosynthesis, oxygen is provided to the atmosphere while carbon dioxide is removed. So plants, marine and terrestrial, capture the energy from the nuclear reactor which is our Sun while removing carbon from the atmosphere and oxygenating the air that animals like us need to survive.

The ultimate gifts from the biodiversity that is made up of our relatives are photosynthetic activity that stores sunlight, removes greenhouse gases and makes the oxygen-rich atmosphere, creation of soil and provision of all food, and filtration of water within the hydrologic cycle.

This then is the irrefutable fact that as biological beings, every one of us is utterly dependent on the web of all life to provide our most fundamental needs – clean air, water, soil and food and energy from the Sun.  Humanity has grown so powerful and demanding that we are undermining the very basis of our lives and health, changing the chemistry of the atmosphere, water and soil and driving countless numbers of our relatives to extinction. We have elevated ourselves and our institutions above what Indigenous elder Dave Courchene (below) calls “natural law”. If we uphold our sacred responsibilities and the limits of nature, we have to change every aspect of the way we live and act and the systems that guide and constrain us.  And then the challenge becomes how must we transform the systems we create – religious, political, economic, legal – to ones that support all those things that enable us to live and live well. 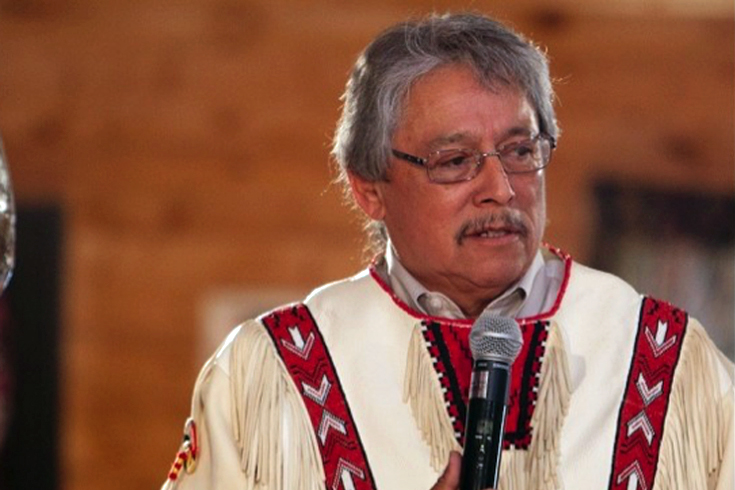 It is the undeserved good fortune for us that this way of seeing the world and acknowledging responsibility to protect Mother Earth has been clung to by Indigenous people around the world.  Their worldview has enabled them to live sustainably in place for thousands of years.  And in my experience, despite all that has been done to them, Indigenous people are willing to share and teach us how to see, celebrate and protect the natural world.  They tell me “We’re all in the same canoe.  We have to paddle together”.  It would be an essential start to the next COP climate meeting.

David  Suzuki is a Canadian academic, science broadcaster, and environmental activist. He earned a Ph.D. in zoology from the University of Chicago in 1961, and was a professor of genetics at UBC from 1963 until his retirement in 2001. Since the mid-1970s, he has been known for his television and radio series, documentaries and books about nature and the environment. He is best known as host and narrator of the popular and long-running CBC Television science program The Nature of Things, seen in over 40 countries.